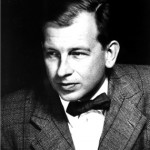 Eero Saarinen (Finnish pronunciation: [ˈeːro ˈsɑːrinen]) (August 20, 1910 – September 1, 1961) was a Finnish American architect and industrial designer of the 20th century famous for shaping his neofuturistic style according to the demands of the project: simple, sweeping, arching structural curves or machine-like rationalism.

See the Gallery for more photos of Eero Saarinen’s work. 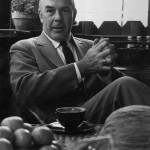 Lautner was born in Marquette, Michigan, in 1911 and was of mixed Austrian and Irish descent. His father, John Edward Lautner, who migrated from Germany ca. 1870, was self-educated, but gained a place at the University of Michigan as an adult and then studied philosophy in Göttingen, Leipzig, Geneva and Paris. In 1901 he was appointed as head of French and German at the recently founded Marquette Northern State Normal School (now Northern Michigan University), where he later became a teacher.  His mother, Vida Cathleen Gallagher, was an interior designer and an accomplished painter.  Buildings by: John Lautner  Malin Residence (“Chemosphere”), Pearlman Mountain Cabin, Sheats Residence, Arango Residence, Elrod Residence.

See the Gallery for more photos of Eero Saarinen’s work.